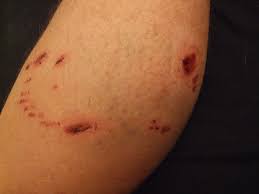 Despite having a reputation as “man’s best friend,” dogs can pose a serious threat to the health and well-being of a community. National Dog Bite Prevention Week takes place during the third week of May each year and focuses on educating people about preventing dog bites.   With an estimated population of 70 million dogs living in U.S. households, millions of people—most of them children—are bitten by dogs every year.  The majority of these bites, if not all, are preventable.

It is important for children and their parents to know that any dog can bite and cause serious injury.  The American Veterinary Medical Association says educational programs that address how to avoid dog attacks best serve children in kindergarten through fourth grade.  However, parents can teach their children appropriate behavior around dogs at any time. Listed below are tips for avoiding dog bites set forth by the CDC:

The law firm of Hoskins, Turco, Lloyd & Lloyd has decades of experience representing individuals and their families in a multitude of personal injury cases.  If you or a loved one has sustained serious injury from a dog bite, contact our office today for a free case evaluation.   Our diligent attorneys represent each and every client with the utmost respect, compassion, and employ the thorough legal expertise needed to make each case a success.